on Dec 5, 13 • by Emanuela Pigliacelli • with Comments Off on Artherapy – Pink Project 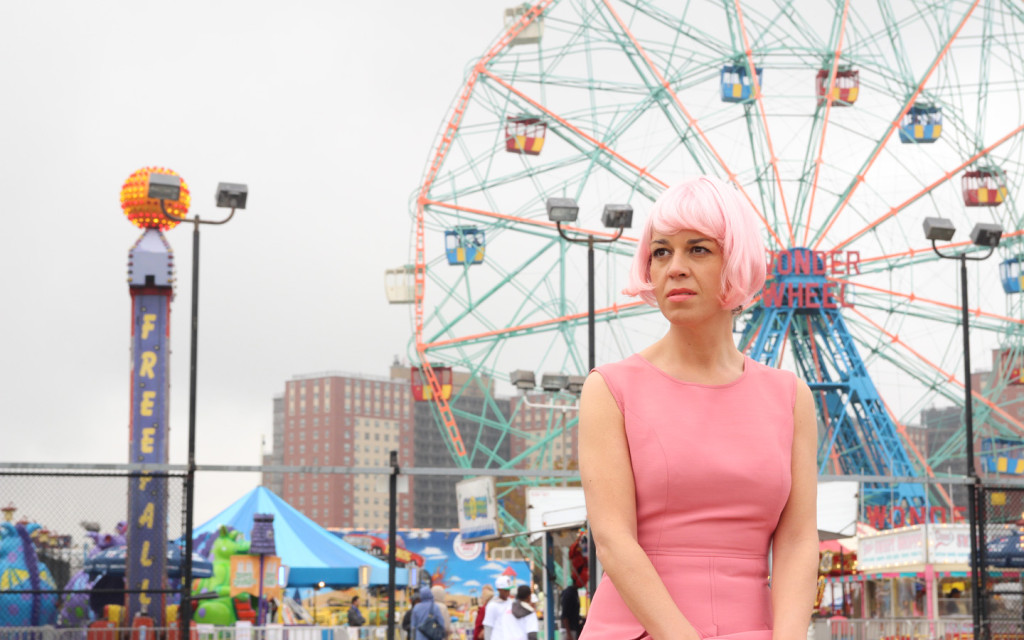 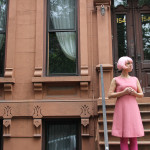 In this way, Pink Project was born as a photographic performance which was started one year ago, a story which tells the intimate relationship of a woman with her femininity in such a dramatic moment as the diagnosis of breast cancer is. Everything is far from being tragic or painful; instead, pink warmth releases an energy which gives photographs the aura of positive lightness. 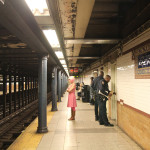 Francesca, as the protagonist of all the shots, chooses to dress up with memories : the dress is the one her mother wears in many of the pictures with Francesca as a child, the wig instead is a necessity but also a way to make the path to healing more hopeful. Her identity is now that of a goblin, an almost cartoonish and pop-surrealist character which goes all around the world to spread an optimistic message charged with life and hope: a thin pink thread ties all women starting from those who are closer to her, her mother comes first, followed by her daughter, Dora – her grandmother’s name – who was strikingly born at the end-stage of the disease. 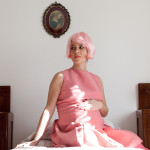 Pink is femininity; hence, it involves not only sweetness and tenderness, but also motherhood: starting from the pink wig to the pink bow, the basic idea is, indeed, that of a growing project which might completely embrace the symbolism of pink as a color standing for the fight against breast cancer.

Aiming at both making people aware of this issue – which is often considered as a taboo because of its psychological implications – and at supporting research and prevention, this series was exhibited in the occasion of a show combined with a photographic set at Si Fest in Savignano. The project is now looking for sponsors to go all around Italy taking pictures of the greatest possible number of women and becoming an actual found-raising activity supporting the cause: “Who agrees can be photographed with a pink wig becoming testimonial. I am not the protagonist, all the women participating are the protagonists”. 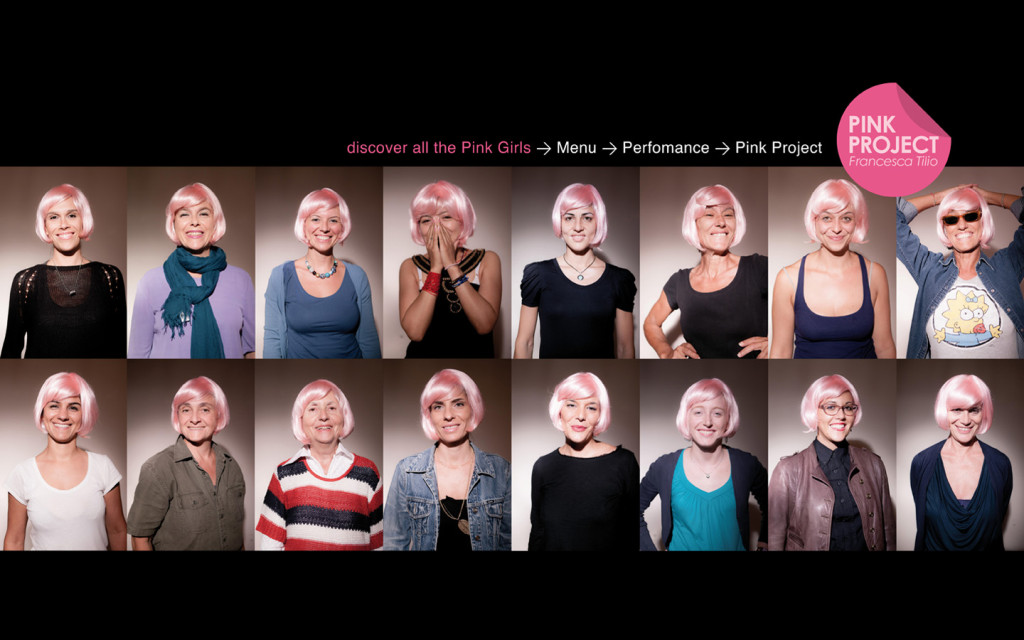 What did the color pink represent for you in the past and what does it represent now?
F.T.: My pink is pop! I have always thought that this colored character going all around the world might become a comic strip.
Pink is today the color of my personal photographic project and the symbol of my fight. 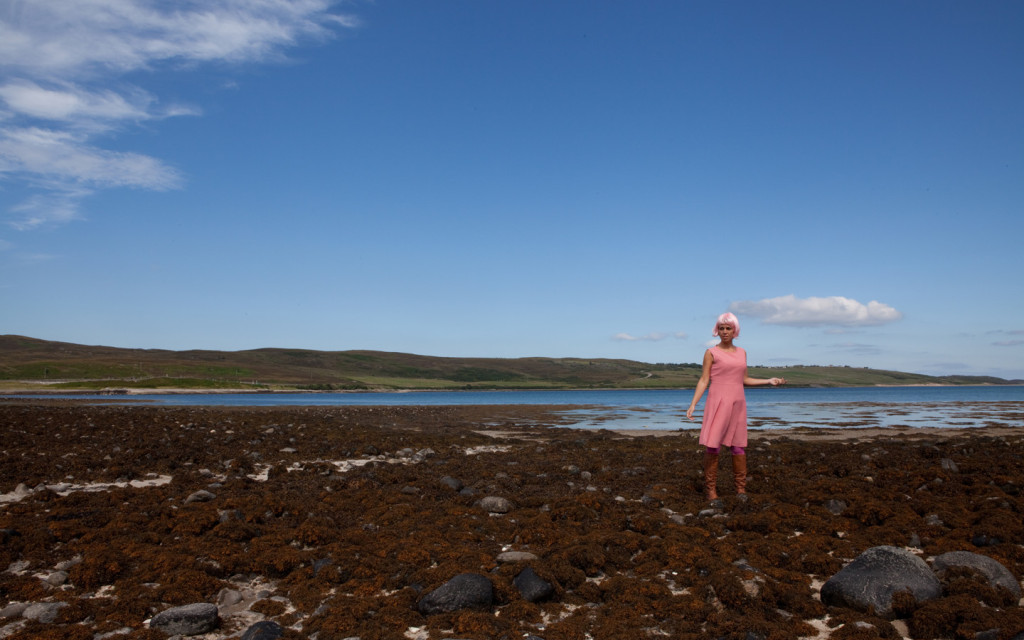 How did your relationship with photography change?
F.T.: My love for images goes back up to my childhood: I had an exercise book with ring binder where I kept all the pictures I liked, all the pictures I tore off magazines. My first Reflex is the one I bought for myself at the end of chemotherapy. Photography and disease are two very close things because the birth of one meant the end of the other. This does not mean that I feel “safe”, I am just trying to live in the best possible way the time I will be given. 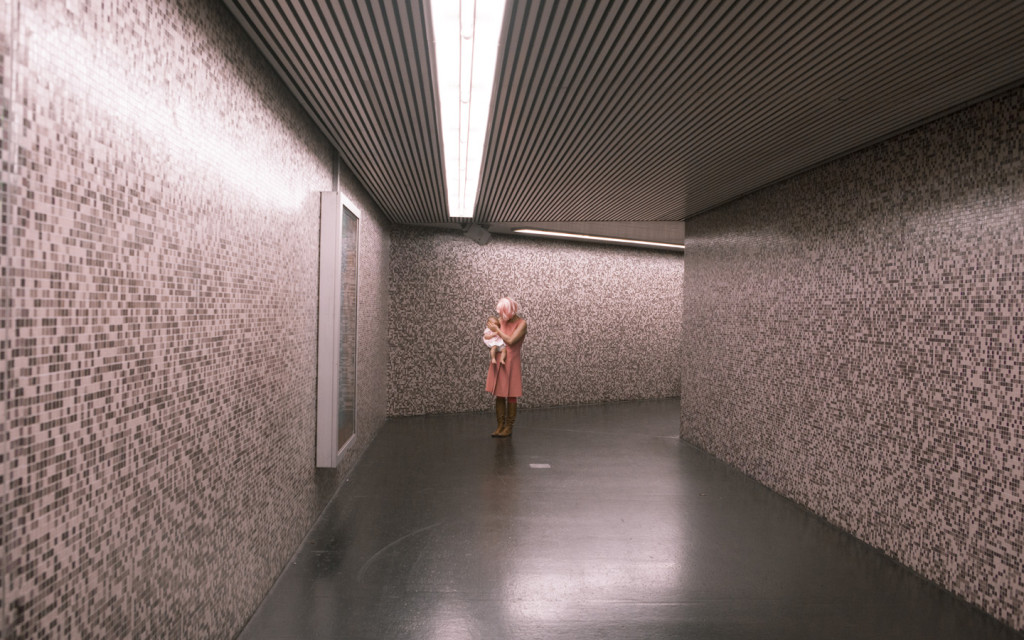 How did this creative task influence the fight against cancer?
F.T.: Focusing on creative thoughts helps putting aside negative moments, even if it is just for a little while. Many accounts show us that being committed to any cause helps living a better life! 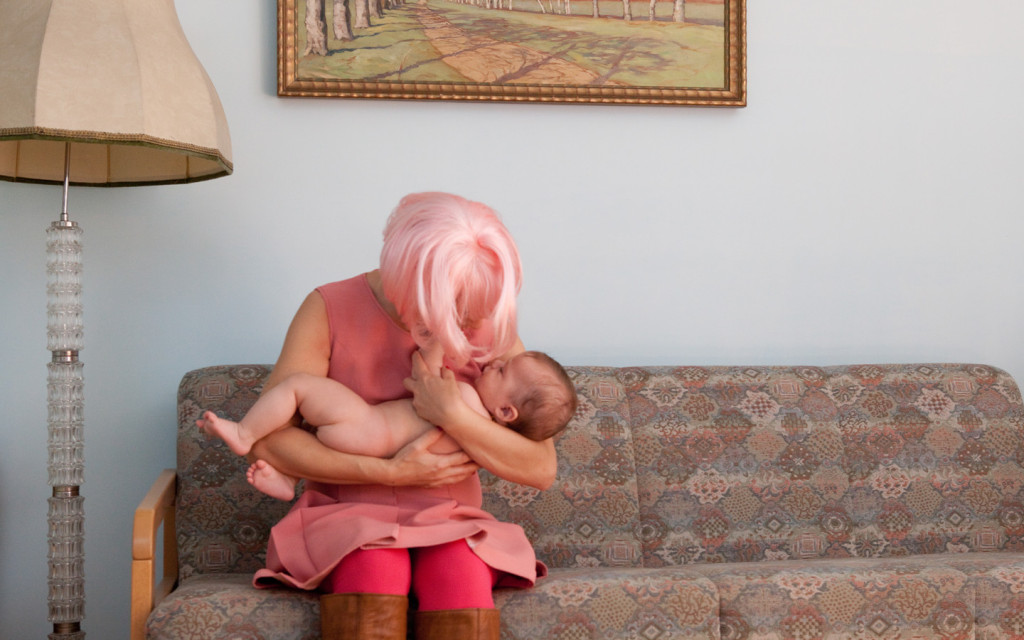 What does this project represent for you and how would you like for people fighting for the same cause to perceive it?
F.T.: Pink Project was born as a message of optimism: I told my story because I wanted to make young women aware of prevention. Disease, a terrible experience and a taboo in our society, might turn out to be an opportunity in time. Today, I am more conscious, more energetic and happier. Probably, I wouldn’t be the same person if cancer wouldn’t have entered my life.
If with Pink Project I can give a little hope even to one single sick woman, this is a victory for me!