Contemporary Art: a passion for many, a big mystery for others. 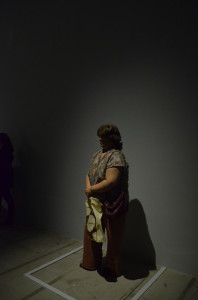 Although during the last years the museums of the main European cities have been hosting big exhibitions dedicated to the greatest artists of the 20th century every year and cultural tourism has become routine, contemporary art remains until today unknown field for strangers and this is not because of lack of interest or curiosity, rather because of the perplexity hovering around something so incomprehensible as the production of contemporary art can be.

Undoubtedly, it is true that the art of the last century has evolved and transformed so much that it has become nearly unrecognizable and references for the non-habitual beholder of the contemporary scene have diminished; however, art never stopped being a game of creation and interpretation, hiding and revealing are today, as they were five hundred years ago,  the keys for an expressive means, for an interpretation and representation code of the present time. 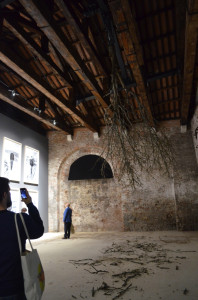 And if it is true that contemporary art is the mirror of present society, plunging into an apparently foreign world could be a worthwhile challenge and in-depth analysis. During the last years many people have been dealing with the theme of the interpretation of contemporary art from the non-habitual beholder’s perspective (see Francesco Bonami’s Lo potevo fare anche io and the TV program of the same name for SKY) trying to debunk some common places and explain that just like literature, classical music and theatre, fine arts as well went sometimes to unexpected and winding roads, which does not imply the crumbling of the artistic value, but rather shows its evolution and progress. 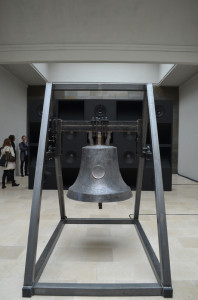 Yet, it must be happened to many: to be in front of a work of art and feel a bit like Remo and Augusta at the 1978 Biennale – the two protagonists of the episode Le vacanze intelligenti, directed and performed by Alberto Sordi, find themselves catapulted into a cultural tour de force, which includes also a visit to the Venice Biennale, where the exhausted Augusta is believed to be a living artwork.

After thirty-five years, we went back to the Venice Biennale and, although the movie tells a story far from the interpretation of contemporary art and the disoriented beholder, who nowadays questions himself or herself on contemporary art does not have much in common with the two protagonists, it is still true that many of us would have liked to be able to turn aside from explaining the meaning of a work of art with hasty slapdash attitude and easily answering: “Should I explain this to you?!…it is a work of art!”, just like Remo would do with Augusta. 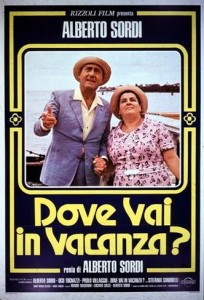 To solve such inconvenience and try to have fun by calling into question and then know and understand a work of art, the section Ma che te lo devo spiegare?! (Should I explain this to you?!) is born: every week we will publish the image of a bizarre and apparently incomprehensible work, matched with an explanatory label and a bit of irony, since if it is right to consider Pollock an artist, rather than a drunk with the bad habit of stumbling into paint cans, it is equally true that the discovery of art and culture should be a pleasure to be lived also with playful attitude and without fearing to be mistaken.