almost CURATORS developed from Pia Lauro’s idea and her encounter with Carlotta Nobile, Emanuela Pigliacelli, and Serena Silvestrini, professionals in the art field.Together, we decided to look at the contemporary cultural universe from different perspectives and relate to curatorship in a kaleidoscopic way, something which allowed us to fully research the present cultural context, with the aim of materializing into one and only critical gaze. What is our main goal? To be able to tell about contemporary art to everyone, both experts and non-experts! This is because contemporary art not only bears witness to our present time, but it also stands as a window into the near future.  To do this, we chose social networks as a whole (Facebook, Twitter, Youtube, Instagram), exploiting the possibilities of every single media and using different languages for each platform in a unique and independent way. In May 2013, we also started our website/blog www.almostcurators.org, which gathers together all published contents. From the very beginning we asked ourselves “What if Duchamp had collected butterflies? Instead of being a great master, what could have happened?”  Probably, we wouldn’t be here observing, talking and writing about this world, in which everything can be considered art. Exactly from this short circuit, almost CURATORS aims at researching, deepening, spreading, and taking seriously – but not too much – art in order to open new horizons for knowledge and fruition of the contemporary art system. 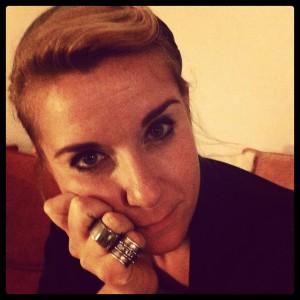 She considers art the pole of attraction for all her various educational and work experiences. Born in Naples, she graduated in Culture and Administration of the Cultural Heritage from Federico II University. In 2003, at the age of 21, she spent a period of study/a semester at the Hochschule Zittau/Görlitz in Germany, thanks to a scholarship established by/from the European community. When she was back, she didn’t stop and began living between Naples and Rome, where she completed her studies in Art History at La Sapienza University. She has been working for several public and private institutions in the art field, cultivating her passion for the contemporary setting and being involved in the making of exhibitions, workshops and cultural projects. In 2011/12 she took part in the LUISS University Master of Arts. She currently collaborates with Studio Stefania Miscetti as assistant to the director. 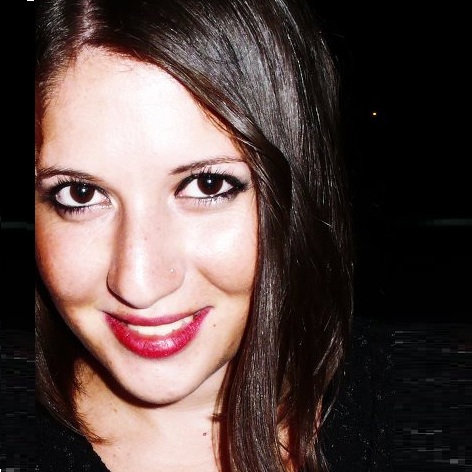 She has been deeply interested in art history since she was a child. Indeed, she grew up in a family where art has always played a leading role. She focused her studies in this field since she was attending high school: artistic diploma in 2006 with a concentration in “Conservation of Cultural Heritage.” She continued her studies in the Humanities department at La Sapienza University. However, her interest started shifting towards the front of contemporary art, until she graduated in Art History in 2010 with a thesis that investigates the relationship between art and advertising. On the other hand, advertising graphics has always been her second passion, through collaborations in her family’s advertising agency. The approach to curatorship, on the other hand, begins in 2011 with the LUISS Master of Arts and continues with collaborations in contemporary art galleries. 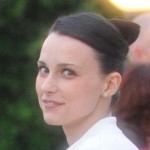 She was born in Rome, where she studies and works. She graduated from high school (liceo linguistico) in 2010 and later in 2013 got her B.A. in Art History from John Cabot University in Rome. Such international choice for a first level degree comes from her strong passion for the study and investigation of the English language, which she refined together with French and Spanish thanks also to several cultural exchanges in France, England, Spain, Hungary, and Bulgaria. For almost CURATORS she is responsible for the English translation of all published contents.