The British School at Rome

Anybody who has ever been to Rome can firmly state that it is a culturally polychrome city, made up of multiple multifaceted realities, which sometimes intertwine, some others depart. This aspect pertains also to the art world; especially the archeological field, modern art, museums and contemporary art form an unlimited, lively and undoubtedly heterogeneous panorama. 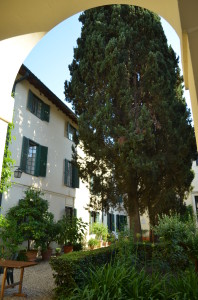 Among the most interesting realities offered by the Roman contemporary sphere, there are certainly foreign academies, which were born to host and support artists, researchers and scholars coming to Italy to deepen their knowledge of archeology, art, history or classical languages and which today host scholarship holders in humanistic studies.

Anybody who has ever entered one of the many foreign academies in Rome probably happened to get the odd feeling of being catapulted into a world apart, where nuances differentiating cultures of nowadays globalized world get emphasized, showing new possibilities for mutual understanding and revelation.

Entering the British School at Rome is not right as visiting the UK Pavilion at the 55th Venice International Art Exhibition – where artist Jeremy Deller set up a sort of mythical pavilion putting together all those elements which usually build the concept of Britishness, the essence of what means, or it is supposed to mean, being specifically English.

Founded in 1901, the British School at Rome is to date an important research center for history, archeology, contemporary art and architecture, proposing every year a rich program of events, conferences, workshops and seminaries, as well as a publications program and a dense residency program. Every year, the BSR hosts scholars and artists from the UK and Commonwealth, nationally selected in Great Britain for the quality of their work. Chief aim of the Fine Arts and Humanities programs is that of supporting and promoting the intellectual exchange between Italian artists, architects and scholars and the residents at the foreign academies, “in a pluralistic perspective, never to favor a specific trend or kind of practice”, as the director of the Fine Arts program Jacopo Benci underlines. 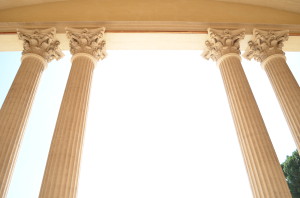 Every year the Fine Arts program proposes three exhibitions where resident artists are invited to show their work. The choice of the works to put on show and the arrangement are up to the artists themselves: this is not only consistent with the figure of the artist/curator which is very common in the Anglo-Saxon countries, but it also allows for the creation of a real working group stimulating critical dialogue among residents. The outcomes of this mix are obviously always new and every exhibition becomes a sort of big bang, especially for those artists who get annual scholarships and have therefore the opportunity to participate to all the exhibition dates.

Some months ago, we had the opportunity to interview three residents form 2012-2013 Fine Arts program, Todd Fuller, John Di Stefano, Zed Nelson: what came out form their words was an interesting and articulated panorama showing how different the residency experience might be in the very same context. Todd, John and Zed also told about the research they did during the residency and the itineraries that brought them to present certain works during the exhibition Please Be Quiet, which opened from the 14th to the 22nd of June 2013 at the BSR gallery.

This year as well the British School at Rome has the opportunity to present to the city of Rome an extremely interesting group of artists, whose researches trace the route towards the future of Anglo-Saxon art and not only. 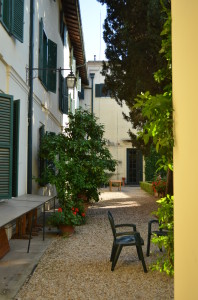 Besides Archie Franks (Sainsbury Scholar in Painting and Sculpture Fellow October 2013- September 2014), a painter focusing on the research around non-linear narratives, and Danièle Genadry (Abbey Scholar in Painting, October 2013 – June 2014), whose research mostly focuses on the way memory, migration and movement influence perception, there will be four artists at the British School during the trimester October-December 2013: Ann Marie James (Derek Hill Foundation Scholar 2013), whose work ranges from painting to drawing, sculpture and photography, making quotation the key element through which the elements in her works can recognize and confront with art history; Marius von Brasch (Abbey Fellows in Painting 2013), whose research aims at exploring the forces in the flux of things in the tension between manual production and new technologies, between strategy and emotion while doing art; Johann Arens (Rome Fellow in Contemporary Art 2013), a German artist producing video installations which make us reflect over perception and behavior in front of digital images; Julia Davis (Australia Council Residents 2013),  artist from Sydney whose site-specific works investigate perceptions and relations between objects, places and spaces. The artists will be participating to the usual exhibition date next December the 13th… it is needed to get ready for a new big bang!