To find the place of inspiration and work’s beginning of Yasmin Fedda we must go to Tell Brak, an archaeological site in the North-East  Syria, where were found some votive deposits offered to Eye Temples. These idols – made of clay, inspired by the human figure and with big eyes – are for Yasmin the representation of see and watch, and therefore of film and record people, lives, community, subjects captured by her camera. Tell Brak was also an international thoroughfare and home to several civilisations over the centuries,  I wonder why if this is not even a symbolic place, suggesting to interpret her films as of middle earth, where different worlds, ferments and cultures can meet: «I suppose I do aim for my films to be able to create bridges, to share the lives of others. I hope cinema and film can create these possibilities where a space can be made to relate to other people, and lives and experiences we might not be exposed to».

The different lifes that Yasmin Fedda tells seen together seem to compose a variegated world of emotions and perspectives and hopes, distant in space and time, but concretely nearby in the representation of the Other. The Other told by Yasmin has never declared as such by either synonym of exclusion or marginalization, what clearly emerges from her work is rather as the other – intended as a different point of view, of experience, of culture or condition – can easily become a collective self, different each time, in which each person can recognize its own identity. On the other hand, is Boutrous the Syrian monk protagonist of the film Milking the Desert (2004) to reveal the crucial point in the Yasmin’s work: telling the relations between the Muslim and Christian communities Boutrous says, with tangible genuineness, which in deep “a person is a person”. 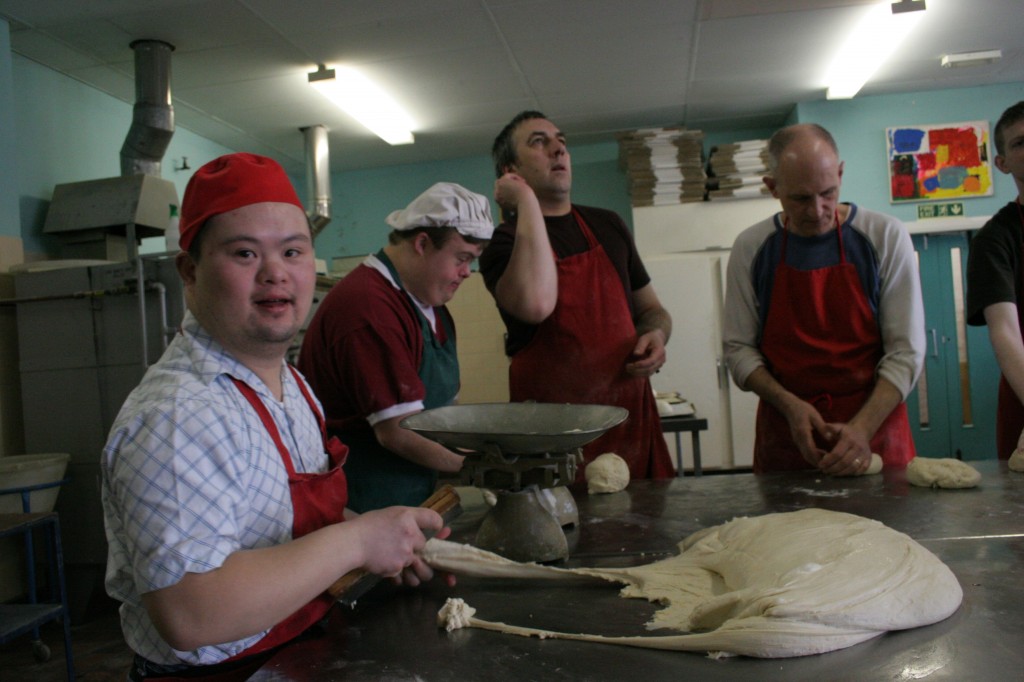 The Yasmin Fedda’s work, in fact, is focused on people, individuals symbol of springtime cultural.

Yasmin looks to these universes with authenticity and raw purity with through the camera, and it is evident in the two works exhibited last March in Rome for the group exhibition “Ides of March” at the British School of Rome: the award-winning Breadmakers (video of the 2007, filmed to the Garvald Bakery in Edinburgh, where a community of workers with learning disabilities, makes a variety of organic breads for daily delivery to shops and cafes in the city. The Garvald Bakery’s project is inspired by the Rudolph Steiner’s ideas, according to which the workers realise their potential for self-discovery and creativity in a social environment) and the unpublished Siamo Tornati/We are Back (2013) outcome of the roman experience.

Siamo Tornati/We are Back tells about the growing phenomenon of italian social occupations – Teatro Valle, Cinema Palace, and others – as a reaction to the cuts on public services and the unemployment significant increase. In roman district of San Giovanni the boxing teacher  Gianni other sports trainers and activists have come together to create S.C.u.P (sport e cultura popolare) a popular gym, school and community centre. I ask Yasmin why her decided to show together these two works that clearly address the theme of community as a place of positive growth: «because I felt that both films, in different ways, show how different communities are finding positive ways to deal with the issues they face. I found both projects inspiring and I felt they complimented each other». 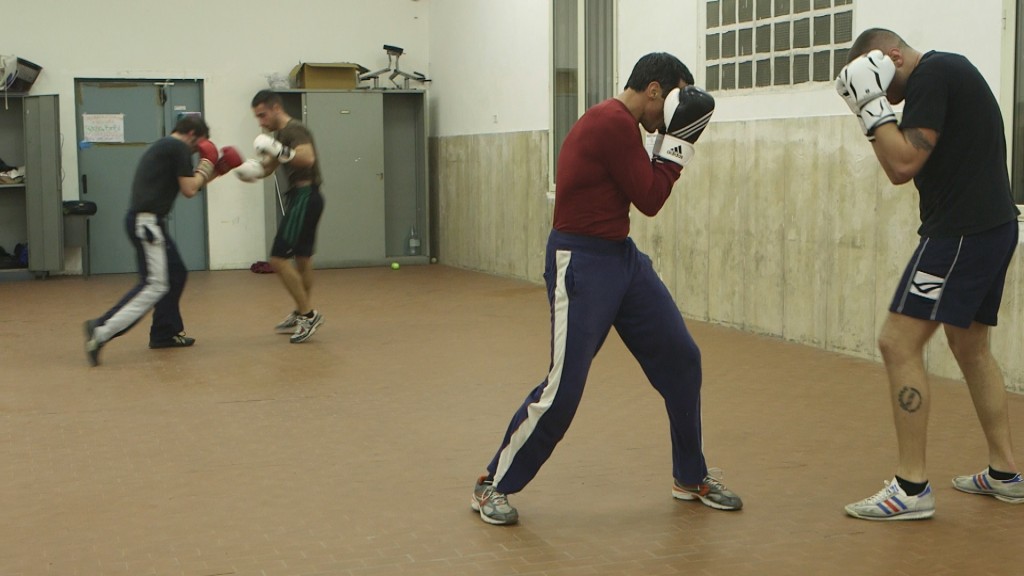 The films are however stylistically quite different: Breadmakers is fully observational, without any voiceover or interview. The public can only look at the bakery, the bread and the social interactions while everybody is working. In Siamo Tornati/We are Back the main protagonist is Gianni; he explains what is the project S.C.u.P and why he realized that, and tells about this experience’s meaning for him and for the entire community. Yasmin select the players for her films in different ways adapting each time to the circumstances, this happen also in the editing phase where the style does not overlie the content, but is sculpted on it making every work unique and complete. It is in the film phase that Yasmin tends to propose always the same pattern of approach, spending long periods of time with the people who will film, this is in aid of her to obtain trust, and be able to film life ‘as it happens’.

Yasmin Fedda has palestinians origins, she lived in Syria and in different parts of the Middle East, after moved to UK and spent the first three months of 2013 in Rome at the British School of Rome, as winner of the Creative Scotland document24 Fellowship 2012-13. When I ask her if she feel herself a world citizen she answers: «It is sometimes hard not feeling rooted anywhere, but at the same time I enjoy feeling a part of many places and not any one place in the world».