almost CURATORS is pleased to present Seeds of identity, a talk focusing on the theme of cultural identity-building in relation with produced and consumed food, in the occasion of the project Art Mise en Place – sponsored by Expo 2015 – at Set Up Art Fair 2015.

The growing seasons and the related rituals have influenced the development and habits of the greatest societies since antiquity. Starting from the work Nutrice (Cradle) by Maria Lucrezia Schiavarelli, we will try to understand how the relationship between humans and nature has changed over the centuries and how this produced different outcomes from a cultural, philosophical and social point of view. Founder and manager of almost CURATORS Pia Lauro will be presenting the talk – in close collaboration with the artist -; also, Rosanna Figna (Agugiaro & Figna Research and Development) will be attending the talk to enhance the debate over modern cereal production.

During the fair, the talk area will be hosting the work Nutrice (Cradle) by Maria Lucrezia Schiavarelli. The work is inspired by the artist’s autobiography and employs ritualism to evoke the bond and connection existing between man and nature through culture and food. Rousing from Steiner’s anthroposophy, the installation portrays the tradition of rural societies and their foundation on the cyclic nature of the days of the week, the planetary motion and the growing seasons to mark the rhythm of life since antiquity. The seven most important seeds for human nutrition are sewn on large cloths and represent astronomical, astrological and mythological symbols.

a talk in the framework of Art Mise en Place 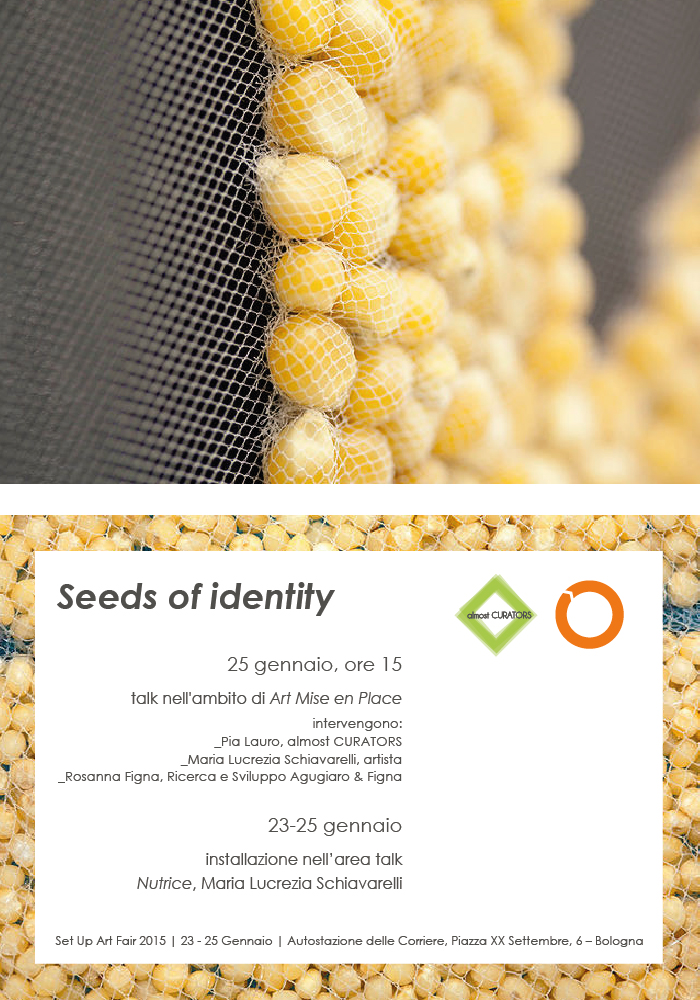