Their research orbits around and gravitates towards common topics, such as different modes of perception and construction of reality, cultural and physical questions related to borders and the analysis of architectural space as a realm of political and social contestation.

These topics and many others will be at the heart of their exhibition at artQ13 that will open on Thursday May 26 at 7 pm.

We interviewed Michael Hirschbichler, the coordinator of the artists group in this exhibition.

What is your educational background and what your research is focused on?

I studied musical composition (as a teenager), followed by architecture (at ETH Zurich) and philosophy (at Humboldt Universität zu Berlin). Based on that, an interest in the various implications of space is fundamental to most of my work. Thus, in my artistic research I engage with basic aspects of human life as it unfolds within ordering structures and planned and built spaces. Hereby the interplay between scientific, religious, cultural and political categorizations on the one hand, and their physical and spatial results on the other hand occupy a central position. Various media – such as plans, maps, collages, photographs, paintings, model-sculptures and installations – are employed as tools in order to undertake a speculative-critical archeology unravelling different layers of the human geography of ideological thought and of spatial occupation. Special attention is given to the moment at which desirable utopias go wrong – at which the strive to realize ideal conditions leads to absurd and inhuman situations – and at which seemingly neutral constructs reveal their ideological underpinnings.

A work cycle, in which this becomes very evident, is “THEATRUM ORBIS TERRARUM”:

Here spatio-architectonic fragments are investigated, manipulated, and montaged into compositions that – through scaling, repetition, contrast, and estrangement – become increasingly absurd. Mediating the sterility of everyday functional space and the sculptural exuberance of representational buildings, the work forges an insight into built reality, uncovering from seeming objectivity and functionalism the existential drama of choreographed designs and spatial contestation. Endless enfilades unfold in monotonous repetition, abandoned scenery flows between harsh, towering buildings … men appear lost, dominated by their built environment. In these scenes, unsettling but familiar situations emerge from a manipulated analysis of spatial references. Ideologically-loaded architecture and the crime scenes of human history are set in relation to one another – confrontational, overlapped, estranged. Archetypes and palaces, monuments and landmarks, cathedrals and temples, prisons and camps, ideal cities and slaughterhouse complexes, retirement communities and shopping malls, are woven into an architectural phantasmagory which, though fictional, is a reflection of built reality.

What did you work on recently and how are you preparing for this new exhibition?

Recently – and intensely during my residency at the German Academy Villa Massimo in Rome last year – I worked on the topics of categorization, of utopia, of spatial divisions, all somehow in connection with the political developments in Europe last year:

The work “Chiaroscuro” departs from the juxtaposition of bright and dark areas in Baroque painting and attempts an investigation of the categorization of our world into bright and dark, black and white, good and evil, poor and rich, beautiful and ugly etc. In doing so, ways of perception and aesthetical and moral categories are being challenged. Our contemporary reality is subjected to a contrasty play of over- and underexposures. Using relicts of everyday functional spaces – such as bright aseptic hospital corridors and gloomy pedestrian underpasses – the installation “Chiaroscuro” suggests a spectrum of connections between abstract ordering systems and tangible material reality, between patterns of thinking and the architectural and perceptual construction of space.

The term ‘Jammerthal‘(valley of tears) appears in countless German texts – most of all during the period of Baroque – and formulates a juxtaposition of earthly life as a condition of misery, darkness and suffering to the heavenly promises of salvation. The baroque dichotomy between this world’s sorrows and the hopes of redemption directed towards the hereafter has again gained great relevance in today’s world. Various paradises are desired as a reward granted by a god or are constructed on islands of western wealth, situated beyond the seas and protected by hermetic borders. Not infrequently barbed wire fences separate the paradises from the valleys of tears: the countries of freedom and wealth beyond national borders, the promise of happiness and a normal life outside the camps, enclaves of luxury amidst slums. Those fences seem to be the material and ideological lines of demarcation grinding and wounding movements on an enormous scale. Is paradise the expected salvation at the end of suffering? Or does it call for the erection of valleys of tears, which it nourishes from and compared to the background of which it presents itself as a promise?

Since Thomas Morus‘ book ‚Utopia‘ about the fictional island of the same name, islands are not merely understood as topographical elevations surrounded by seas. As a non-place or as a place situated beyond the boundaries of the known, the island turns into a mirror image of the world and represents a symbol of another, better, order. Dealing with islands consequently entails departing into the ambiguous and blurry zone between existing islands and those imagined and desired, which envelop meager rocks, protruding from the sea, like a fleeting mirage. It is notably in the Mediterranean that such islands nowadays can be found, fluctuating between symbol and reality, luring the desperate in overcrowded boats, like sirens. Despite being concealed in wide open seas and hard to reach, these islands come into focus as signs relating to the central topics of our time. They assume the role of distortions and counterparts of the island ‚Utopia‘, casting meaningful shadows from the sphere of the imaginary. Between continents and societies, between hope and tragedy, between the world as it is and the world as it could be, the island seems to be a symbol and an indicator of contemporary reality.

The cycle “Borderlines” traces currently arising fortified borders in Europe in the medium of steel in a scale of 1:50‘000. Thus a compendium of threedimensional sculptural drawings captures the process of territorial division haunting Europe. The spatial imprints of ideological, political and social actions are charted in a set of abstract lines, which allude to almost purely ornamental qualities, but at the same time map the current territorial transformation of the European continent.

All these works are at the basis for the conception of the exhibition at artQ13. The “Borderlines” and my investigation of Lampedusa between utopia and reality will hereby be central to my contribution to the exhibition.

How did you choose the artists of the group that you are coordinating?

With the other two artists, Gea Casolaro and Via Lewandowsky, there had been hidden connections that we discovered while preparing the exhibition. At first, Carlo Caloro and I were looking for artists with a very strong and articulate body of work that also gravitates around common topics, such as different modes of perception and construction of reality, cultural and physical questions related to borders and the analysis of architectural space as a realm of political and social contestation. Via Lewandowsky was also a resident at Villa Massimo and collaborates with the same gallery in Munich as I do. Gea Casolaro, as we found out, took a photograph some years ago of a sculptural structure in Addis Abeba that I had designed, without knowing. So these hidden links made us very curious and finally led to the title of the exhibition “INCONTRI-LEGAMI”.

What does it mean for you working in a group? And what is its value? Witch kind of paths or opportunities it creates for the research?

Working in a group is a very fascinating process, especially as I normally work alone. Every idea that one of us proposes for the exhibition is immediately reflected by the others, and sometimes diverted in funny and unforeseeable ways. Gea proposed to see the exhibition at artQ13 as a six-handed solo exhibition, an idea that Via and I liked very much. What makes it difficult, however, is the fact that we only met recently and that we are currently in different countries. So we have to rely mostly on telephone and video calls in order to have common discussions, including all the connection problems that occur with Skype and the ambient distortions of different places. So during our last conversation, for example, Via was in a café and the sounds of the espresso machine and plates being prepared for lunch were much more present then what was being said and our discussion became very surreal under these conditions. But the fact that everybody has his specific take on common topics makes it highly interesting and enables oneself to see things from a different perspective, which is a great enrichment.

If you look outside, despite many difficulties due to events related to international politics, what does remain of community and sharing ideas?

It seems that we are really entering a dangerous and critical phase when it comes to concepts of community and common interests in Europe nowadays. A lot more frightening than factual threads are political reactions that radically dismiss a sense of community that was built up in Europe over a long period of time. On a personal level, I haven’t been able to perceive such ruptures between countries as they occur on a political level. But more and more barbed wire fences being erected along European borders and the shocking discrepancies between countries when it comes to common action and sharing responsibilities is very disillusioning. While the process of dividing Europe with fences is central to our exhibition, my hope is that these political ruptures will not so easily manage to affect Europe as a community when it comes to the human reality. 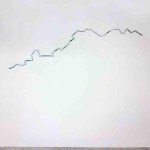 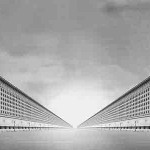 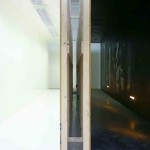 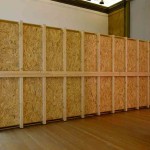 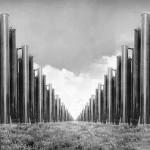 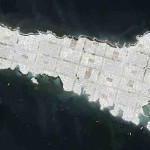 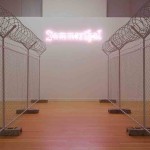 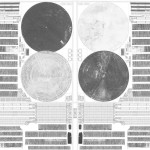 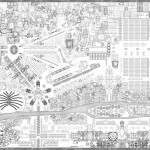 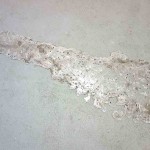 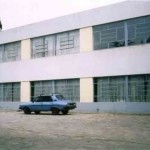 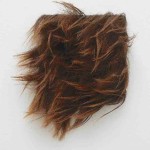