Artherapy – The battle we didn’t choose

on Dec 22, 12 • by Carlotta Nobile • with Comments Off on Artherapy – The battle we didn’t choose

Some stories need to be told. That’s how art traces paths and stimulates thoughts, changing perspectives and reminding ourselves that creativity generates emotions. And emotions could end up being the greatest treatment.
Angelo Merendino is an American photographer. “The Battle We Didn’t Choose” is the project he’s been deeply dedicating himself to for about five years.
When in 2007, just five month after their marriage, his wife Jen was diagnosed with breast cancer, Angelo decided to witness and share all the daily battles of the young woman against cancer, through his camera. Jen herself asked her husband to document every single phase of her battle against “the beast”, every single change of that body that all at once had become betrayer, in order to prove herself and her relatives how much strenght is necessary to fight the battle that, without being chosen, chose her.
All frustrations and small successes becomes shots of life in order to make relatives and friends understand the hardest aspects of cancer, in a growing sharing and understanding which emerges from every single pictures, from every single moment recorder in a dimension which lacks of rethoric or self-commiseration.
“My pictures are not just about cancer”, says Merendino. “They tell about love and life, about never giving up. They have the purpose of making people understand that every second must be lived deeply”.
The numerous shots of this intensive and breathtaking project will be exhibited in Washington in January 2013, but Angelo’s main dream is to bring them worldwide, overtaking all the prejudices of the public, who is partially not ready to face such a sincere and objective report of the illness yet.
A photographic story that, through memory, becomes therapy for the soul, interiorizing and at the same time universalizing a drama which is closer and closer to all of us.
Jen unfortunately passed away more than one year ago, but this is absolutely the best way to remember her struggle. 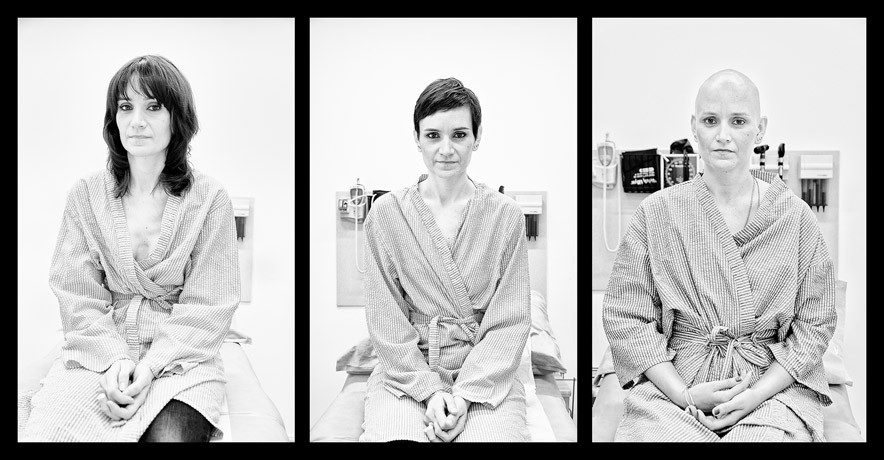 About the Author: Carlotta Nobile