on Dec 19, 12 • by Pia Lauro • with Comments Off on Affordable Art Fair: not cheap/very cool 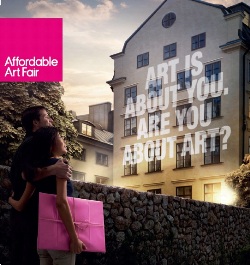 Somebody might think that this is a cunning way to overcome current periods of crisis. The Affordable Art Fair actually is a very well conceived and structured project that for fifteen years has been collecting successes around three continents.

In 1999 Will Ramsay, founder and CEO of Affordable Art Fair in the world, launched the first Affordable Art Fair in Battersea Park, London, where approximately 10,000 visitors took advantage of the ease of purchase, the choice of works and friendly approach! But 2001 was the turning point year for AAF. In 2001 Will Ramsay launched a second event, the Spring Collection, in order to expose completely different artists compared to the ones proposed during the Autumn Collection. Since then, the AAF has become a global phenomenon with fairs that take place in more than fifteen cities in the world and during the last year it has registered very high numbers despite the crisis: 200,000 visitors for more than 1,250 galleries and a turnover around 33 million euros. 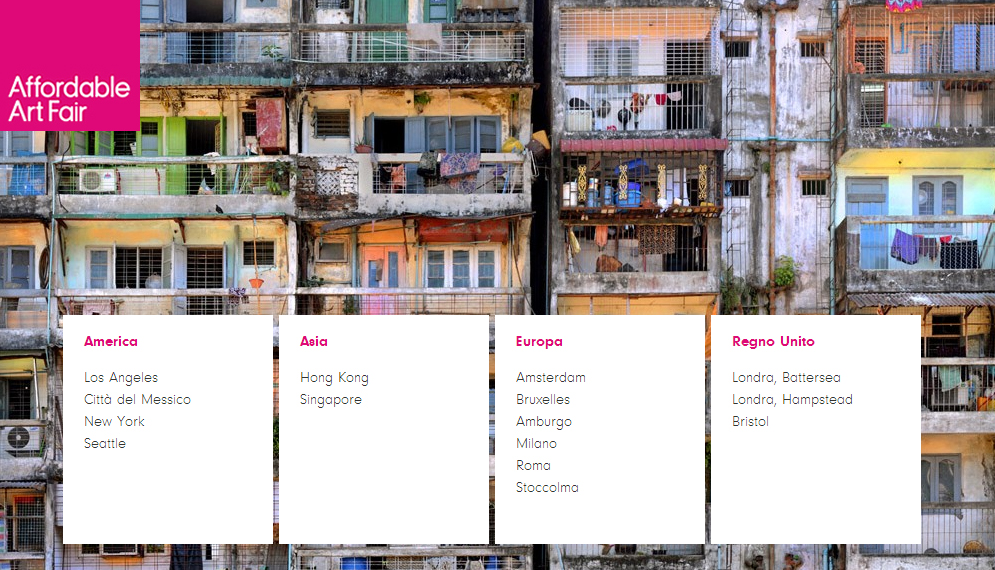 What makes this phenomenon interesting, though, are not only numbers, but the need to make the market of art accessible to a growing number of people, from a cultural and economic point of view, underlining the words of the artist William Morris – I don’t want an Art for a few people, not more then how I want an education freedom for a few people. Offering visitors the chance to buy a work because they like it and not because it should be purchased, Will Ramsay free the potential buyer by immobilising the ‘performance anxiety’ that too often accompanies the potential contemporary art users and buyers; and provides a simple ‘buying art guide” for those who take the first steps, in order to support them since the beginning.
It seems therefore clear that the main objective of the AAF project is to form an aware and enthusiastic band of buyers, who begin to buy works at an affordable price, not to chase the dream of a large collection in a cheap style, but because they know that time has come to live in contemporary art, not simply watching and leaving just a few people such a fun!