on Dec 9, 13 • by Pia Lauro • with Comments Off on Video star – Anna Franceschini

The unveiling of different worlds coexisting on earth constitutes a particular point of attraction which becomes the beginning and origin of the transformation carried out by the artistic gesture. This is the fulcrum of Anna Franceschini’s work: she is an Italian artist who was born in 1969 and now lives and works between Amsterdam and Milan. 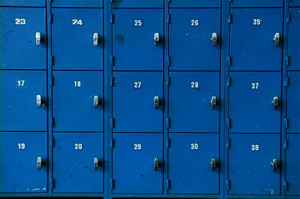 Franceschini has always been working with video; the investigation of space through the movie camera lenses allows her for deconstruction from a peculiar viewpoint showing us new worlds, new visual, interpretational and emotional possibilities. The unveiling of new worlds through fragmentation of what is commonly visible is experienced as a journey into personal intimacy, memories and memory. Franceschini is attracted by fragments better for their signifier quality rather than for their significance: “I believe  the function of fragments is parallel to that of anecdotes: little devices helping memory stabilize, flow and fill all the gaps”. 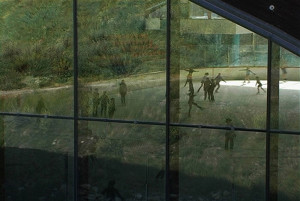 By looking at Franceschini’s works, one can feel how every work comes from meetings with places, objects and people, which are finally raised to the state of a homogeneous work. The identification of the subject to be shot does not imply a choice – which is experienced by the artist as a mournful and painful act -, rather it comes out of a kind of methodological and conscious approach searching for a shifting order: “Choosing implies constriction of the visual field, blocking of horizons and loss of that kind of happiness one feels, sometimes, when confronting with the infinite possibilities of different universes. I try not to choose, I rather put things in order, go on consciously, piece by piece, and keep thinking that there exist infinite encounters, innumerable situations, multiple changes”. 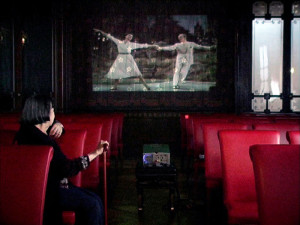 The human figure – expect for those works as Pattini d’argento (2007) or Casa Verdi (2008) – is always missing from her videos, as if objects prevail. And it is thanks to the ‘activating’ quality of these objects – “by objects I mean a plethora of ‘things’: situations, places, interactions, artifacts and also living beings” – that the relation artist-outside world starts off, a relation which is probably also assisted by previous experiences, which are more or less conscious and more or less far in time. 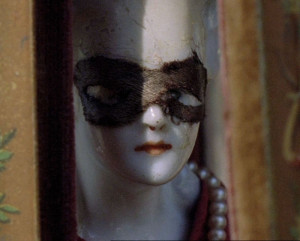 It is probably with videos like It’s about light and death (2011) or The siberian girl (2012) that this evocative relation with objects gets materialized more clearly and profoundly. Both works, indeed, come from a collection of objects; the concept of collection is equal to that of editing in the sense that they both join fragmented elements together by juxtaposition (objects on the one hand and sequences on the other hand). This time, Franceschini works on groups of collected objects not to select them through the camera, but to reveal their new and more intimate narrative power in a dynamic and fluid flux with an always positive and evolutionary tension. 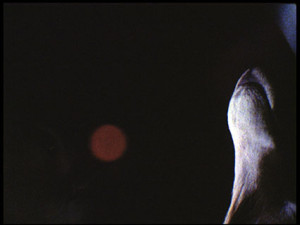 Anna Franceschini graduated in Television, Cinema and Multimedia Production from IULM University of Milan; her background in film studies, which is not fundamental to understand her artistic career, effectively illustrates the will for confronting herself with the film language, bending the grammar and syntax of cinema to her own will power.

Early works, indeed, show more clearly her background in film studies: objects and people are part of a narrative. It is  with Untitled (Almost Lost) (2009) that Anna seems to be changing direction: in addition to the employment of Super8 film, she discovers a new narrative process which materialized into more powerfully abstract but at the same time evocative works, as if video would turn into a moving canvas. 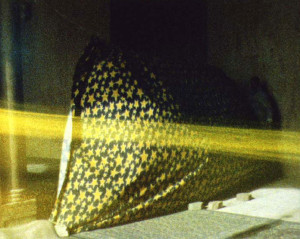 Starting from 2010, she has been working mainly with Super8 and 16mm, producing images which might sometimes appear dirty or saturated, though with an incomparable output thanks to the quantity of information retained by that kind of film. “I like the relation you have with the film when shooting: there is a tension because every waste (money, time, opportunities) is crucial; therefore, the level of attention is higher, there is indeed a chemical-physical change of matter and this is interesting. However, stocks all over the world are running out of film”.  The employment of Super8 film and 16mm is assisted also by short-term works. 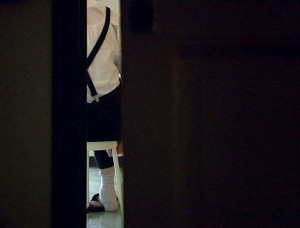 Video is the artwork that by its very nature allows the artist to define the duration of fruition, imposing a minimal time which is that of the viewing of the complete video. Usually works last for about 5-6 minutes on average and are screened in a loop. This time in Anna Franceschini’s works is defined partly by chance because of the necessities imposed by every different work and is partly established by Anna’s reflections which she describes as “comparative – more than stylistic – reflections around fruition of a film at the movie theatre and fruition of one or more films, or video, in a space dedicated to art”. 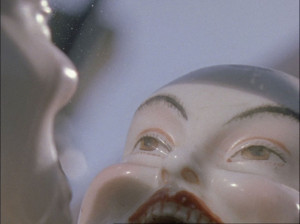 Her mastery of the technique and the research on poetry merge into Anna Franceschini’s videos contributing to the creation of unique works, which emancipate from the static quality of the screen impressing the retina and involving the senses through their strong evocative power.