on Sep 12, 13 • by Pia Lauro • with Comments Off on Performart – Domenico Mennillo

Alternating and merging installation, experimental theatre and poetic language, the beginning of Domenico Mennillo’s artistic career dates back to about twenty years ago, when he started writing poems: 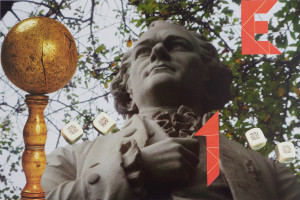 «The main question I was asking to myself was how poetry could resist and live today, what possible developments it might go through, its metamorphoses; art and especially the avant-gardes had already dealt with this issue with brilliant, futuristic and charming solutions. Many of the protagonists of that unique season were originally poets and men of letters (Breton, Marinetti, Tzara, just to mention a few), who later applied their own poetics to life itself and shared it with the outside world, making their poetry alive and flooding it with innovative points of view. From here, it seemed natural to me dealing with life and action and involving that portion of contemporary theatre which was interested in installation and performance.” 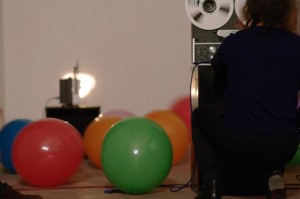 Although every work portrays dynamics which are constantly tied to the wills of an always different “tyrannical present,” it is with space that Domenico manages to merge the various demands of his work into a univocal dimension which gives life to it.

And it is exactly in a well-defined space – such as those spaces offered by Morra Foundation in the 18th century Palazzo Bagnara, in the old town center of Naples –  that Mennillo staged Atlante della Fertilità (Atlas of Fertility) between the end of 2011 and the beginnings of 2012. 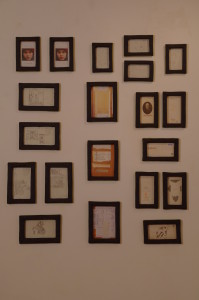 «When I was in Naples, I started writing a poem about a Western city, portraying its habits and manners, verses which arose every morning when I woke up. I had a draft almost every morning. Once I finished the poem, I was convinced that the operation should stop with the writing process itself and I decided to add a visual part to the poem. I started this visual work in New York during the following fall when I finished the final draft. Photographs, papers, cardboards, sketches on notebooks, books from local markets, objects found in the street, materials to be used for collages; once I got back to Italy with sketched collages from New York, I understood that the poetical work could go beyond the collages and that instead it could have sound and installation applications».

From there, the natural need was that of setting up his own Atlas, consciously inspired by Warburg’s precedent Mnemosyne-Atlas, in a physical and “sensual” space in Naples. Mennillo’s physical and sensual space is obviously a sensory space, a dimension dedicated to the experimentation of physical perceptions and coming directly from senses, where the mixture of space, language and sound is creatively experimented by the artist and perceptively ventured by the beholder. 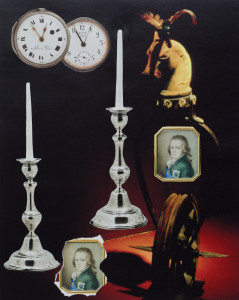 The need of creating a classification system for memory comes from the idea that «memory is the basis of human thought and it is conceived via emotional images». Creating a sensual space made up of sounds, smells and especially images, Mennillo gives the possibility to the visitors of Atlas to meet a series of combinations of images of three cities  symbols of the Western decadence, Naples, Paris and New York: «The past of those images was mine, but symbols and images were communal heritage which could be grasped and met by those people wandering around the installations and whose memory was put into close contact with stimulations-thoughts».

It is exactly the role of nowadays decayed capitals of the Western culture that allows the artist to associate the cities of Naples, Paris and New York in his Atlas. This work, indeed, made up of thinking and poetic language –  with the fundamental role of images – digs up memory to reveal the decadence and oblivion of our age: «The slow oblivion of images is what strong powers and the related economies aim the most to for the individual, their attentions and cares are often directed towards those even very slight processes of evaporation and formation of thoughts which come from images».

The production of Atlas took up a lot of Domenico’s time (from 2008 to 2011). During this long period, he had the opportunity to search for the known and the unknown through the innumerable visual and sound combinations which were offered by the chosen places, as well as to confront himself with three key figures which characterize the work as a whole: Giordano Bruno, Abi Warburg and Charles Baudelaire.

The exhibition, indeed, went through three rooms. The first room was inspired by Charles Baudelaire’s Addiition de la troisième édition des Fleures du Mal: paper drawings, which illustrated and expanded Baudelaire’s texts, took inspiration from Giordano Bruno’s engravings which he employed to clarify his philosophical writings. «Baudelaire has always been a very important author for me (and not only for me); all of his words, from verses to fragments of unfinished projects, conceal treasures which meant a lot for the 20th century as a whole to understand the fundamental contradictions and implications of modernity». 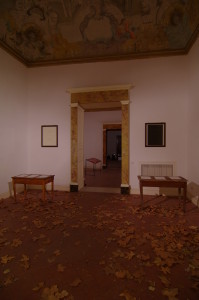 The second room hosted an “infinite library” or a “library of the infinity,” which conceptually recalled Warburg Institute Library in Hamburg. Finally, the third room hosted an installation with soundtrack from the unpublished poem Atlante della Fertilità (Atlas of Fertility), realized through super8 projectors and analog machines from the 70s (this project was born in collaboration with composer and musician Nino Bruno).

Domenico Mennillo will exhibit again in  Naples next December in the rooms of Nitsch Museum, with the show Alcune Architetture di Napoli 2003-2013 – Il teatro di lunGrabbe nelle architetture napoletane: a retrospective to celebrate ten years of activity for lunGrabbe in Naples. LunGrabbe theatre, founded by Domenico Mennillo and Rosaria Castiglione in 2001, is based on the duo architecture-theatre and centered on Mennillo’s writings. It employs always different spatial solutions and favors performances simulating representational theatre. During these past years, cinema as well has gained a lot of attention thanks to films and videos in relation with performances and poems-concerts, which focus on verses and acoustic or electronic instruments and are practically always staged outside the theatre itself. 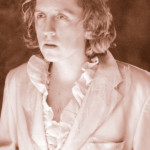 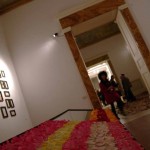 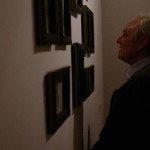 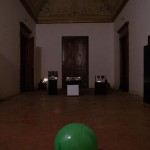 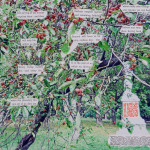 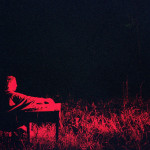