on Jan 30, 14 • by almostcurators • with Comments Off on Agostino Iacurci – Small wheel, big wheel @ Wunderkammern 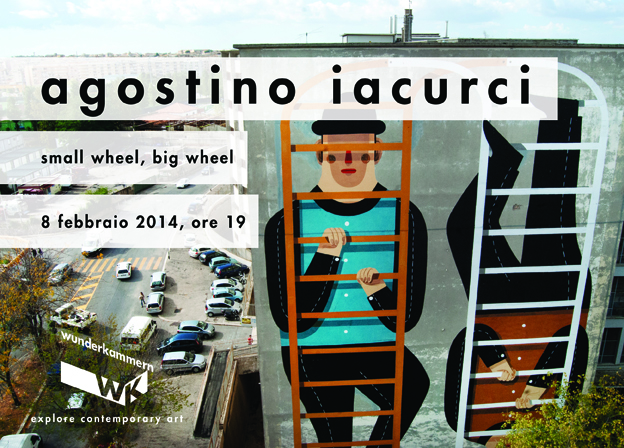 Agostino Iacurci (Foggia, 1986) is one of the most promising artists on the Street Art scene. In his works of synthetic forms and bright colors, through an essential language, he is capable of driving multiple layers of interpretation. A cynical and intelligent irony positions Agostino’s tales on the perennial threshold between innocence and artifice, serenity and catastrophe, in a magnetic tension that is the interpretive key to our very existence. 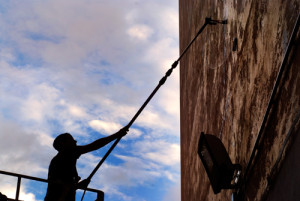 Since 2008, the artist has been painting stories on the skins of buildings and in urban spaces: he has created installations for Living Walls in Atlanta, the Bien Urbain Festival in France, the 2011 Outdoor Urban Art Festival in Rome, together with students at the Saba School in Algeria, inside the courtyard of the maximum security wing of the Rebibbia prison in Rome in collaboration with detainees, for the 55th Venice Biennial for the project B2B, on the glass facade of the Fubon Art Center in Taipei, on the Oberkampf M.U.R. and on the Tour 13 in Paris. His works have been showcased in numerous exhibitions and festivals in Europe, as well as in Japan, Korea, Russia and the United States. 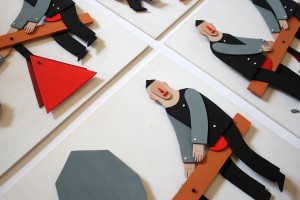 The exhibition Small wheel, big wheel examines the subject of play as a moment of suspension in everyday life, and the founding of new conventions. If on one hand play is, in fact, the space for freedom of imagination, on the other it is based on any given community’s adherence to a set of rigid rules, even if temporary. Countering this severity, though, is an enormous fragility, due in part to its inherent transience, and to the looming possibility that an unexpected event might break its spell. Play is simultaneously both a timeless “magical space” (Huizinga, 2002) and an “uncertain island”, characterized, according to Caillois, “by randomness, by the ambiguity of the costume, and by the disconcerting effects of vertigo” (Rovatti, 2013, 9). 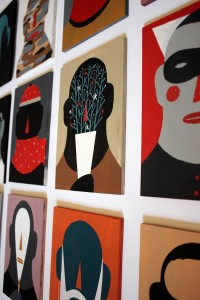 The exhibited works explore the delicate and complex symbioses that are triggered by seemingly simple actions. Extremity, hazard, devotion, impermanence, and obsession are just a just a few of the myriad ingredients of play that have profound parallels in the creative processes of artistic production. In conjunction with the project Public & Confidential, Iacurci focuses his attention on the atemporal dimension of the playground: that place symbolizing the discovery of play as a social practice and public space where first encounters occur and cultural parameters take shape. New works by the artist will be showcased: drawings, paintings, objects and installations in public space that compete to outline the portrait of a “tenderly stiff” humanity in its rediscovery of uncertainty. 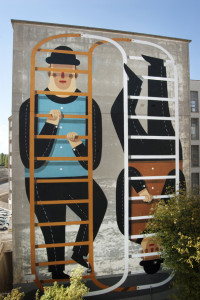 As a preview to the show, the artist has created the public piece Zero infinito on the facade of the building of I.I.S.S. Di Vittorio-Lattanzio, on via Aquilonia, near the gallery.

The artist will be in attendance at the opening. 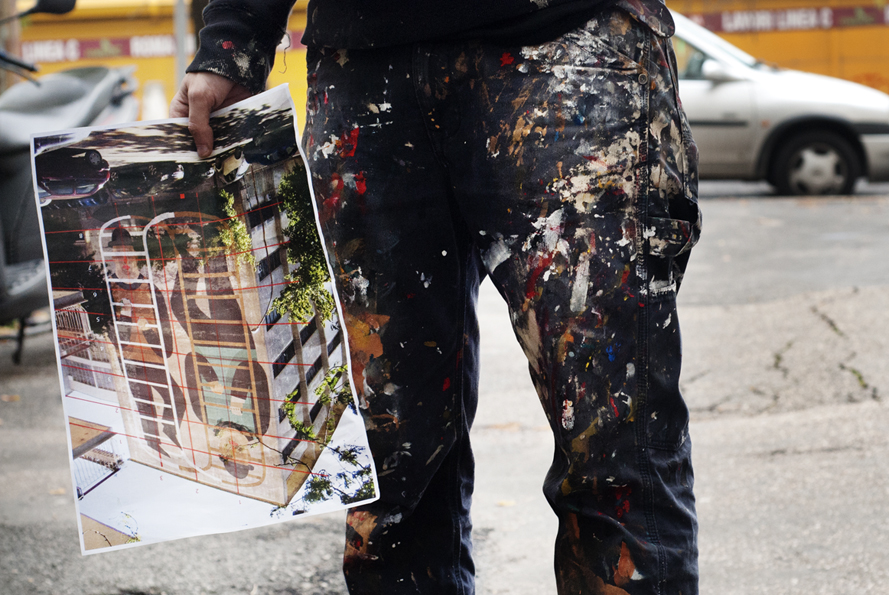